Fuses come in all shapes and sizes and for a myriad of applications. In this short series, we take a closer look at some of the more popular varieties, what they are, how they work and which fuse does what.

Firstly, what is a fuse?

You will find a fuse utilised as a safety device within an electrical circuit, installed between the power source and its respective load. If the current becomes too high then the fuse will blow, disconnecting the load from its source of power, reducing potential damage to electrical equipment and perhaps preventing a fire. Typically, fuses are then discarded and replaced with a fuse of the same voltage and current capacity, unless they are resettable variants.

How do they work?

Fuses, in simplistic terms, usually feature a thin metal strip inside which is the resistor component which completes the electrical circuit. When a current passing through the circuit is too high, this metallic strip heats up and melts, breaking the circuit and stopping the flow of current. This helps prevent overheating and removes the danger of electrical issues that could result in a fire.

Fuses come in all shapes and sizes with many different current ratings which inform the user of just how much current is capable of passing through it before it fails. A fuse speed relates to just how fast it will fail when the current passing through it is beyond its rating. Quick blow fuses are ideal for sensitive devices that could be critically damaged by high currents and temperatures.

A fuse buyer needs to consider a variety of factors to make sure they purchase the correct fuse for their respective application, it’s not just a question of its current rating, size and speed. Consideration needs to be given to how much energy is released when it fails, too much could pose a threat to machinery and equipment and their users. With low voltage applications awareness of the voltage drop is good to know, as too much of a drop-through a fuse could affect the operational ability of the equipment it’s protecting.

The BS 88 standards are the UK equivalent to the International Standard IEC 60269. This international standard was created to unify the electrical characteristics for fuses that are dimensionally interchangeable with fuses adhering to earlier British, German, French and Italian standards.

Fuses that comply with BS 88 parts 1 and 2 can typically be broken down into two categories and are identified by their breaking capacity and utilisation category by using a two-letter code, for example, gG or gM.

The first letter indicates the breaking range, in the case of the letter ‘g’.

The second letter indicates their utilisation which is a combination of requirements specified for each category.

Type gG is a fast-acting, low voltage fuse for general purpose use and features a full-range breaking capacity and is the most commonly used within the UK. The speed or time at which a fuse reacts to an overload situation is called the curve. These fuses are designed to protect less sensitive components and cabling from melting or igniting during overload. 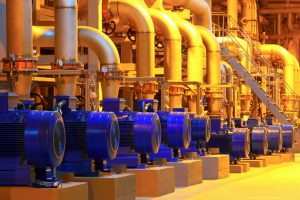 Slow acting fuses (gM) feature a built-in delay allowing harmless inrush currents to pass without blowing the fuse, but it will open if there is a sustained overload or short circuit. This type of fuse is ideal for use within industrial motor control applications to accommodate their start-up inrush current.

Fuse manufacturers will provide time/current curves to demonstrate the speed of a fuse for differing overloads. Both the gG and gM fuse versions offer superb current limitation for all overloads in a large range of applications. Designed to limit interchangeability with a counterpart fuse of a differing value these fuse variants are broken down into further subsets which outline their physical size, design and mounting options and current capacity, thus improving system safety.

Kempston Controls is one of the UK’s leading electrical and electronic component supplier, with a vast range of stock covering a multitude of applications including process control and automation sensors, circuit protection products, power supplies and so much more. Give our dedicated sales team a call on +44 (0) 1933 411411 or email them at sales@kempstoncontrols.co.uk.

Have you seen these articles?