In 2018, The Drinks Business reported that on average Britons will consume six billion units of alcohol over the festive period. With this in mind and Christmas just around the corner, we thought we’d take a look at how the Baumer CleverLevel Overflow Switch, available from Kempston Controls, helps in the process of fermentation.

When it comes to fermentation, yeast is an essential ingredient yet it can also be very problematic. Recently, Baumer helped the Carlsberg brewery solve a problem with leftover yeast from the fermentation process using the CleverLevel Level Overflow Switch.

Carlsberg and Baumer’s have been working together to provide solutions and instrumentation for over a decade, beginning with the productions lines in Copenhagen and continuing in their new home in Fredericia, Denmark. From Fredericia, Carlsberg operates one of the largest breweries in the world with 2.2 million hectolitres of beer being produced annually and 120 million beers being sold globally.

The process of fermentation is when the yeast converts the glucose in the wort (a mixture of sugars) to alcohol and carbon dioxide gas which gives the beer its alcohol content and its carbonation. After 4 to 6 days when the fermentation is nearly complete the majority of the yeast has settled at the bottom of the fermentation tank. This excess yeast is then removed and reused for future fermentation processes before filling an excess yeast tank and then being sold as animal feed. It was in this final stage of filling the excess yeast tanks that Carlsberg experienced overflow problems due to the heavy build-up of foam which was preventing the traditional vibrating fork sensory technology from being triggered.

CleverLevel level detection switches use frequency sweep technology to detect the filling level and are ideal for any media, whether it’s wet, dry, sticky or in this case foam, whereas the traditional vibrating fork simply can’t recognise the range and condition of media. Maintenance-free, due to the minimal installation depth and the self-draining sensor tip, the Cleverlevel also meets 3A and EHEDG standards. It can be configured visually and easily via the dedicated software and the FlexProgrammer.

The switching range can be adjusted to ignore foams during maximum or minimum monitoring. Using the same function, CleverLevel can also be used when the level switch is supposed to ignore adhesive substances, for example: if a tank is empty, but the sensor and tank wall are covered with excess media the sensor will still function correctly. 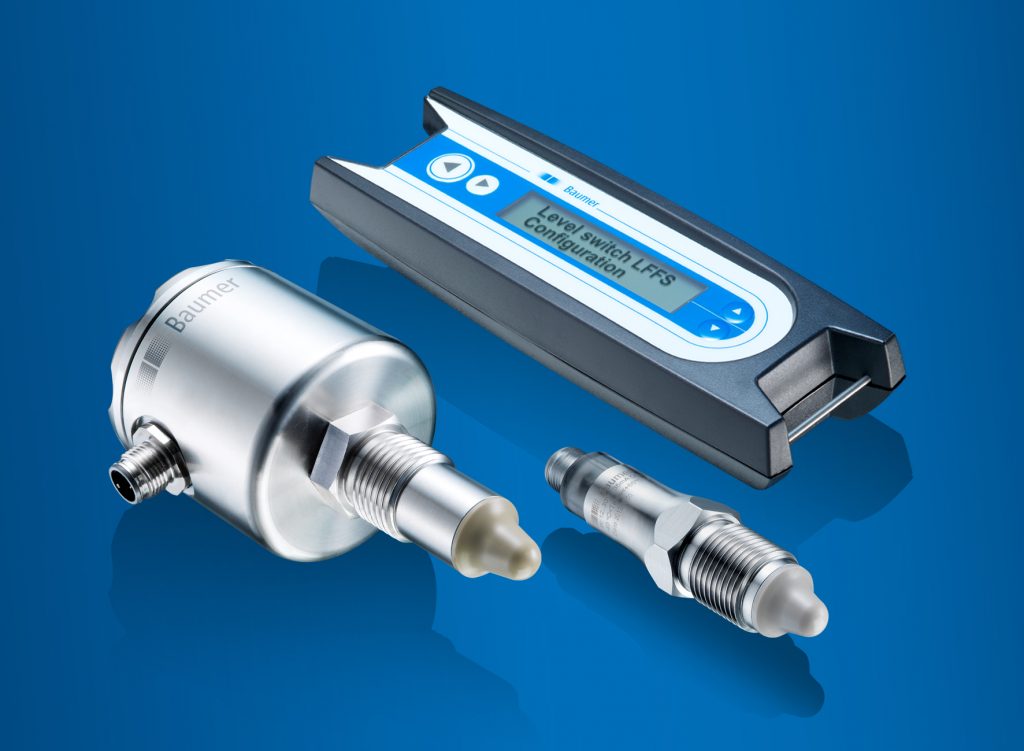 In comparison to using traditional vibrating fork level sensors where individual versions are needed for dry, wet and sticky media the CleverLevel can be used for the entire process: from when the barley arrives in the storage tanks to the finished beer.

Since using CleverLevel, Carlsberg has completely eliminated their problem with overflows in excess yeast tanks but have also seen other benefits. With no overflows, Carlsberg has become more environmentally friendly, as left-over yeast is not entering the sewage system while also saving money and optimising the fermentation process.

Now that calls for a Carlsberg! Probably!

Kempston Controls, as an official distributor for Baumer products, are the people to speak to about your CleverLevel Sensor requirements, call us on +44 (0) 1933 411411 or emails us at sales@kempstoncontrols.co.uk and we will everything we can to help you find the correct Baumer CleverLevel product to suit your process requirements.

Further Reading: The Clever(Level) Alternative to the Vibrating Fork